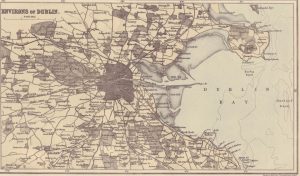 For my Digital Humanities final project, I wanted to work with a text of a literary classic to see how DH can interpret, re-visualize, or present a new perspective about a book that has been analyzed by many scholars. Dubliners  by James Joyce was an easy choice since it takes the reader to a multitude of locations within the stories told. In Joyce’s words: “My intention was to write a chapter of the moral history of my country and I chose Dublin for the scene because that city seemed to me the centre of paralysis. ” (Letters, vol. 2,134) 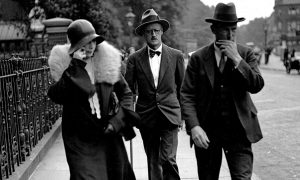 Dubliners is a collection of 15 stories that depict a variety of characters as Joyce paints their portraits of life in the Irish capital. He focuses on both children and adults of the middle class: 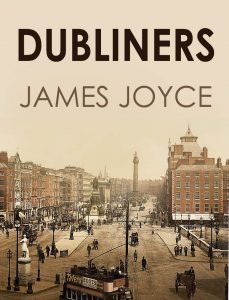 housemaids, shop girls, clerks, teachers, students, swindlers, and businessmen. Through these moments of experiences, Joyce holds up  a mirror for the Irish to observe and study themselves. Joyce’s stories not only allow us to peek into the homes, but also reveal the hearts and minds of these Irish whose lives as they intermingle through the space of Dublin reflect its spirit. The subtle social and cultural connections create a sense of shared experience and evoke a map of Dublin and its life. The story of “Two Gallants” from Dubliners provides the most locations in the entire book, so I started there.

I began by reading  the digital copy of Dubliners available in Project Gutenberg and marked the locations mentioned in the story of “Two Gallants” using Diigo, which allowed me to save a list of locations. 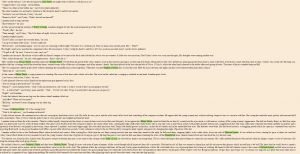 I have uploaded the story into Voyant to see the text around the street names. Also I was interested in the various association of characters to places and spoken or narrated words.

Viewing the Cirrus function, it became evident that Corley and Lenehan, the two characters wondering around the streets of Dublin are of the utmost importance of the story. These two names have topped the list of words most frequently appearing. 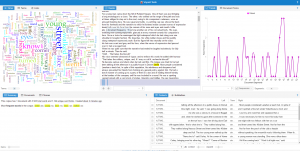 Next, I have explored Voyant’s “Links” tool to examine the connections of the two main characters and their actions or the most common words linked to their names as a way to conjure meaning.

I was interested in further looking at Corley, since his name came up the most – 46 times. The “Bubblelines” function provided me with a linear graph of the name’s frequency, which is more applicable when we think of how stories are told in a similar fashion. The “Trends Graph” gave another view of Corley’s appearance in the story.

Using an Excel spread sheet, I have assembled the dataset including names of characters, locations (the story names streets, squares, lawns, colleges), longitude and latitude of those locations, and added the action or dialogue taking place.  The coordinates finder site allowed me to search up those numbers, which after I organized and listed in Excel was able to upload into CartoDB and Palladio. 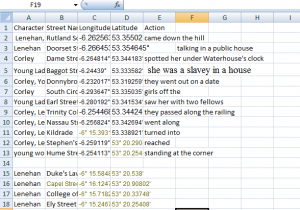 CartoDb’s wizard function in the Map View allows the dataset to visualize over the map of Dublin showing the locations mentioned in “Two Gallants.”

The Cluster function of CartoDB 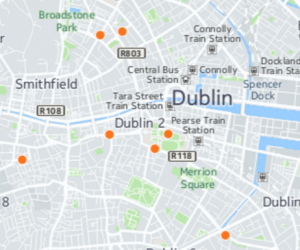 shows the actual locations on the map of Dublin. By hovering over the points, the name of the character and the action that had taken place at that location in the story will appear. 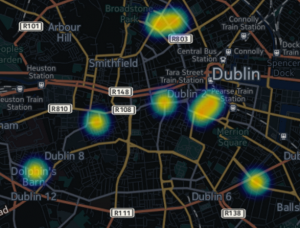 characters in the story. It is projected over a night map of Dublin,
which makes it visually more relevant since the story takes place at night.

Analysis: this project shows the very beginning of how DH might explore literary texts with a variety of purposes. My project ends here with questions and possibilities for further steps:

Other Projects on Mapping Dubliners