Select an image or video file that is related to your final project idea. Post it in your blog and describe why you chose it and how it might be difficult for students and others to make sense of.

The image I consider using as part of my  final project is the photo of a young 16-year-old German boy being captured. He was an German anti aircraft soldier of the Hitler Youth. 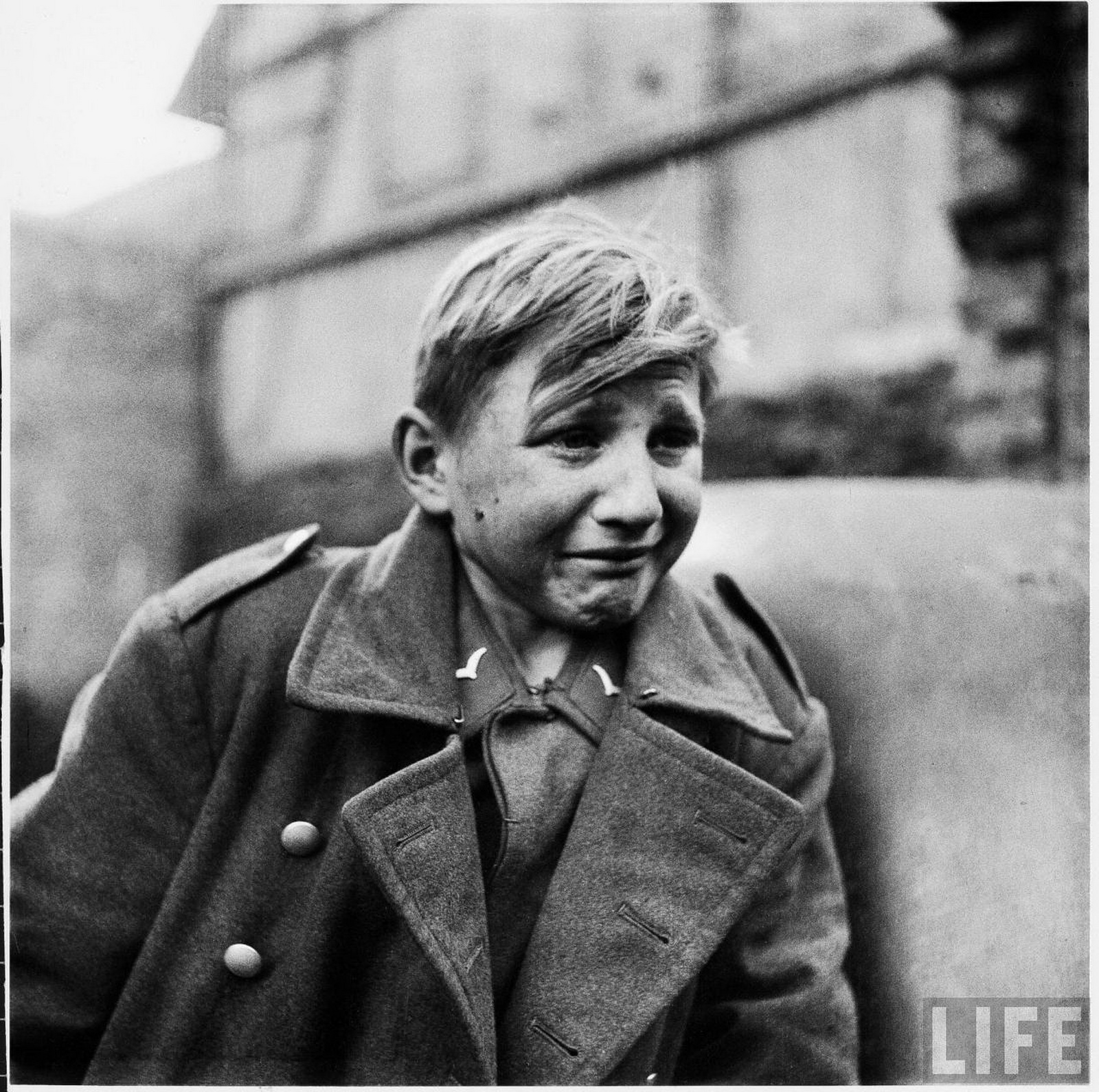 This photo appears on the World War II Pictures in Details blog that hosts hundreds of WWII photographs from around the world. However, the photo also appears on the Rare Historical Photos site. I chose this image as an introduction into the war and its uncommon and uncomfortable details. Students will be reading Unbroken, learning about the U.S. presence in the war not just from the political stance, but also from the human perspective, and they will be considering how it connects to their hometown and its flight training school. I feel that this image will first parachute students in the middle of the events of the war.

Step 1: Students will be asked to examine the photograph and create their own details  and narrative of it. I will ask them to think about, Who is on the photo? Where was it taken? Who took the photograph? They will then share and discuss their findings. I anticipate that students might be confused about the identity of the young boy. However, if they guess his German uniform, they might have a variety of explanations of why he is crying. Dating the photo might also be difficult, although if students study the timeline of WWII, they might place the photo toward the end of the war.

Step 2: I will ask students to revise their narrative based on the discussions they had after the first look at the photo. Then I will provide them with a variety of clues to expand the narrative. At this point, it would be interesting to see if dividing the class into four groups and giving a different set of clues to each would make a significant difference in the outcome of the narratives. I might ask each group to formulate one common narrative they agree on as a group.

Step 3: Groups  will share their narratives and as a class discussion, we will discuss and decide which one seems most likely. Then, I will share the websites and the full story with students along with a few more of the photos taken of the same young boy, which in turn will create the final discussion of the photo. I am interested in hearing how after viewing the other photographs, they would consider adding on to their narratives.

Step 4: Student will write a reflection on the process of thinking about the image and what assumptions they may have had. I will be interested in seeing how their historical thinking manifests in viewing the photo from the understanding of the present and perhaps reflecting on how they would have behaved or made choices of their own. Also, I would hope to see their thinking as they consider living in Germany during WWI in contrast to looking back on it from the 21st century. Additional questions might be reflected upon: Does the fact that the boy is crying make him seem more innocent? How would students’ opinion of the boy be different if he were resisting, showing anger, or smiling?

Step 5: Students will write a journal entry or a letter home from the boy’s perspective in which they relay the events leading up to the photo being taken.